It is estimated that over 16 million people in the U.S. suffer from rosacea, with many people not seeking professional treatment for the skin condition. Rosacea is most common in fair-skinned individuals and often does not appear until their thirties and beyond. This red rash has many different varieties, and while not curable, is treatable and can be controlled. However, left untreated, the condition can worsen and cause long-term skin and even eye damage.

Rosacea rarely goes away on its own. It often starts as just a slight redness or blushing on the face, usually on the cheeks or the nose. However, it can begin to form red bumps, cysts or a rash that can be embarrassing to those with the condition. In chronic or severe cases, rosacea can leave permanent damage, including:

Although rosacea is not considered curable, it can be treated. Since there are at least four sub-types of rosacea, the treatment may be different for those who have the condition. Some of the common treatments include topical creams, antibiotic medication and laser light therapy. These treatments can reduce the appearance of rosacea and limit the possibility of permanent damage to the skin, eyes or nose.

For those with rosacea, it is recommended to seek medical treatment to control outbreaks, especially if the rash is on the nose or affecting the eyes. A dermatologist can diagnose the exact form of rosacea and offer treatment options to keep this condition under control and reduce the possibility of long-term damage. 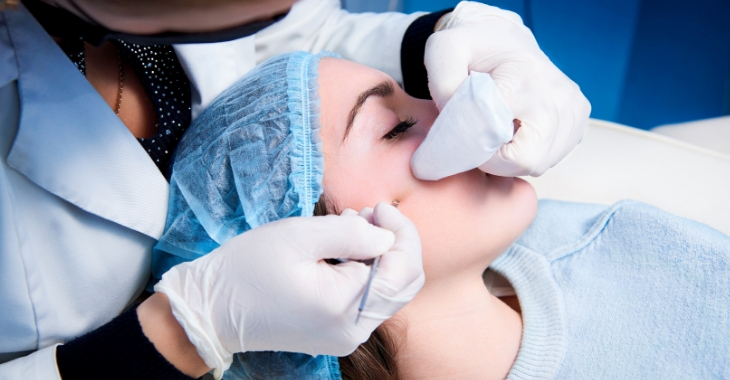