There are great stories about characters in history and in movies who have their hair suddenly turn white. For thousands of years, tales have been told of people with canities subita, which is Latin for “sudden grey hair.” Even with the medical knowledge we now have about how and why hair turns grey, this phenomenon is still tinged with a touch of mystery. Here are some myths and facts about canities subita and why it is called Marie Antionette Syndrome.

Most people will watch their hair turn grey or white as they get older. Many people begin seeing grey strands of hair in their late twenties and these can increase as they become older. The occurrence of grey hair is natural, but there are many factors that can contribute to how quickly a person’s hair turns grey, including genetics, nutrition, hormone balance, stress and disease. However, canities subita is different than natural greying of the hair, a condition where the hair seems to suddenly turn white or grey, seemingly overnight.

Marie Antionette, the infamous French queen who was sentenced to death in 1791, was reported to emerge for her execution by guillotine with white hair. This seemingly sudden change of Marie Antionette’s hair to white before her death – the myth is that it turned white the night before her execution – is as much a part of her story as her notorious over-indulgences in life. While other figures in history also succumbed to this white-haired fate, it has been termed Marie Antionette Syndrome in reference to the ill-fated queen who suddenly had white hair at her death, even at the fairly young age of 37.

For centuries, the rare occurrences of canities subita have been attributed to extreme stress that caused the subjects’ hair to turn white overnight. Marie Antionette, Sir Thomas More and Mary Queen of Scots were all reported to have hair that turned gray or white suddenly right before their executions. There is also the tale of a young 17-year-old scholar from over two thousand years ago that became white-haired from his intense study. There are also many instances of characters in many fiction stories with canities subita, including Anna in Disney’s Frozen.

The idea of circumstances so dire that they turn hair white is a great storyline. However, medical experts are always looking for ways to debunk myths with evidence of the cause of such anomalies. With canities subita, it has been challenging to find the cause of this phenomenon, but there are possible factors that can contribute to this rare condition.

There are multiple reasons that hair turns grey or white over time. One of the main factors is genetics – there is a gene that has been identified to relate to when hair begins greying in individuals. Free radicals in the body, melanin production, stress hormones and scalp conditions can all play a role in changing hair white, but it is usually also paired with aging. The one possible condition that can occur at any age is alopecia areata, one of the scalp conditions that is believed to contribute to Marie Antionette Syndrome.

Alopecia areata is an autoimmune disorder where the immune system attacks the hair follicles, which can result in sudden hair loss. This condition can be triggered by stress hormones, similar to the greying of hair. While alopecia areata does not cause hair to suddenly turn white, it could be linked to canities subita due to the loss of hair. Alopecia areata tends to strike hair follicles of pigmented hair, not those with white hair. This can result in lost pigmented hair and leaves the grey or white hair in place, which could create a sudden head of whiter hair. 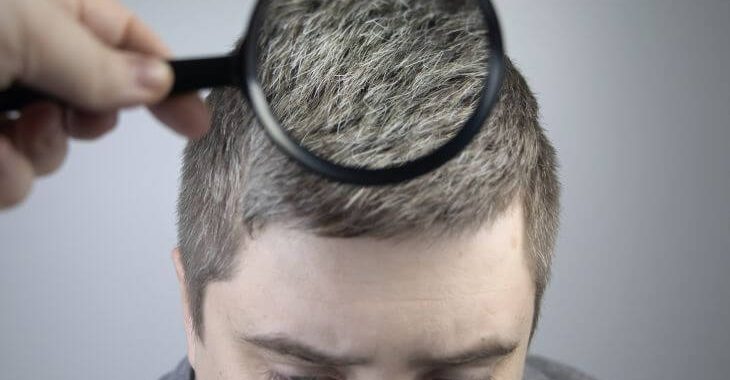 While the exact cause of canities subita is not known, a sudden change in hair color should be concerning. There could be an underlying condition that is causing hormonal or other changes that is affecting the hair follicles. Doctors will want to test for possible health concerns that could impact the hair color. This can include lab tests for thyroid, hormone, nutrient, electrolyte and blood count levels, as well as looking for evidence of autoimmune disorders. Identifying possible underlying causes of Marie Antionette Syndrome is the first step to determine the best treatment for this disorder.

The myths and facts about Marie Antionette Syndrome have fascinated people for centuries. It is still a controversial condition that has many possible causes, including experiencing high levels of stress. If you have experienced hair that is quickly turning white, it is important to seek medical diagnosis to determine if there is an underlying health condition that is causing your canities subita.

When It Is Time to Find a Naturopathic Doctor

When Is Emergency Dental Care Necessary?